IF Don Jazzy Is The Alex Ferguson Of Music Production In Nigeria, Who & Who Are The Jose Mourinho & Pep Guardiola? 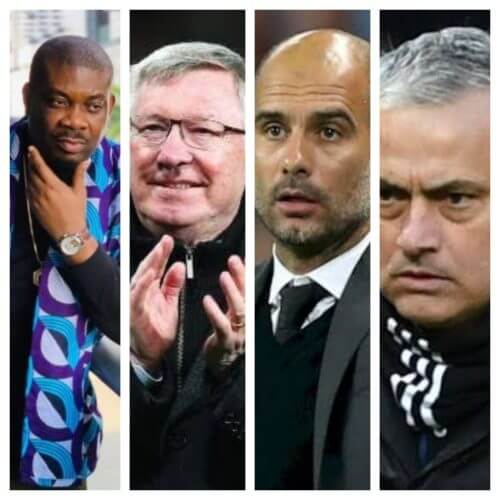 Football and music are two different crafts but can be very much related in many areas. The activities in the football world has many times being brought into the music world to aid perception in arguments, especially in Nigerian music.

For example, Ronaldo & Messi have been brought up in arguments relating to Davido & Wizkid to prove certain points. This further shows the similarity between music and football. But this time around the relationship won’t be channeled towards the music artistes but the producers.

“IF Don Jazzy Is The Alex Ferguson Of Music Production In Nigeria, Who & Who Are The Jose Mourinho & Pep Guardiola?”, 5 out of 5 based on 1 ratings.

Nifemi is a graduate of the University of Lagos. He's a unique user of the pen when it comes to the expression of whatever. He is editor-in-chief of the organization and also a writer of news, articles, editorials and a lot more to help expand the level of knowledge of the readers and simultaneously have them entertained. A lover of music and football is who he is and a Man Utd die-hard.
Submit your comment
16 total pingbacks on this post