“If You Leave Me Water Go Carry You” – Chioma Warns Davido, As She Wishes Him Happy Birthday 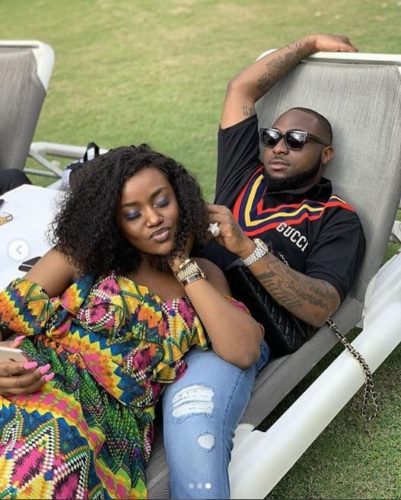 Chioma has taken to all her social media handles to wish her Bae, Davido a happy birthday. She has started a countdown since three days ago in anticipation for his birthday. she has posted so many pictures and videos of the both of them. She  also gives him a stern warning saying, If he leaves her water will carry him away.  And yes, that was also a line in the song “assurance”. She says he is the most annoying human ever but she would rather be with his annoying self all her life. This couple has made love look so beautiful and we hope they last.

Happy birthday hubby ? if you leave me water go carry you o ? God bless you my love. You’re so annoying but I’d choose you to annoy me for life ?? @davidoofficial

Chioma also implores her fans to tell Davido to beg her so she can unblock him  on snapchat.

Davido must beg me to unblock him on Snapchat, Chioma insists

We at TooXclusive use this opportunity to wish a happy birthday, many more fruitful years and wins.

“Davido And I Will Be Going…” – Wizkid Makes Shocking Announcement