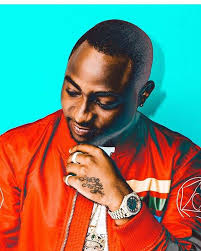 Davido took to Snap Chat to show off shopping bags filled with luxury items, which is believed to be for his girlfriend. The singer has celebrated his girlfriend publicly, severally, and he continues to splurge on deluxe materials for the lady named Chioma.

In his recent Snap Chat post, Davido revealed that his girlfriend’s sister would be celebrating her birthday on January 27th, 2018 and he is out to spoil her with gifts and love. In his usual manner, he sent words out to those who do not have money, telling them to hide their faces. 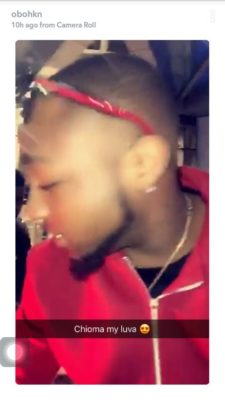 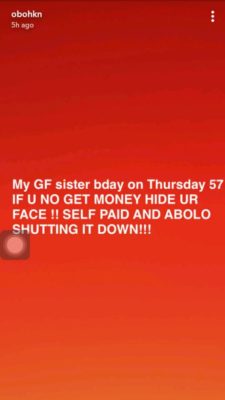 “”If You No Get Money Hide Your Face” – Davido Brags About Spoiling His Girlfriend With Gifts”, 5 out of 5 based on 1 ratings.