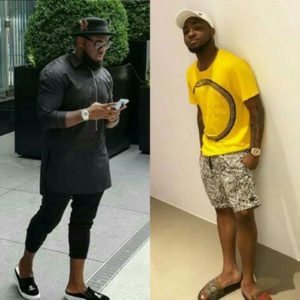 Davido has been flaunting his girlfriend of 5 years everywhere on social media and he recently challenged others (artistes) to be brave enough to celebrate their lovers in public. A fan put Timaya in the mix and the Egberi papa 1 threw a subtle shade at Davido.

On Instagram, Timaya posted a picture of two lovers holding hands without revealing their faces. It is believed that him and his lover are the faceless couple in his cryptic Instagram post.

Timaya’s post caused one of his followers, @irenendowed to challenge him, asking him to go public with his love story like Davido but Timaya responded with what looks like a shade to Davido. His response suggests that Davido is only showing off his lover because he is young and naive. Timaya wrote;

@irenendowed Nope. People love differently and hey am not in my 20’s. 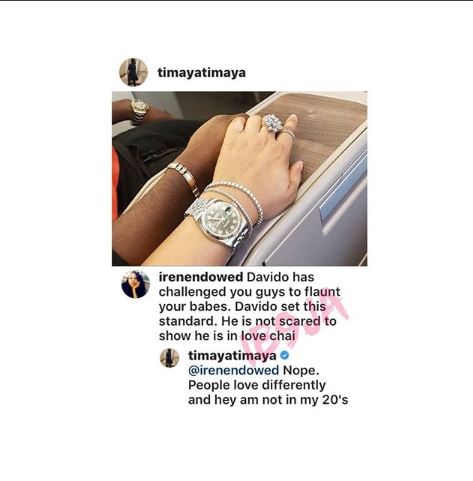