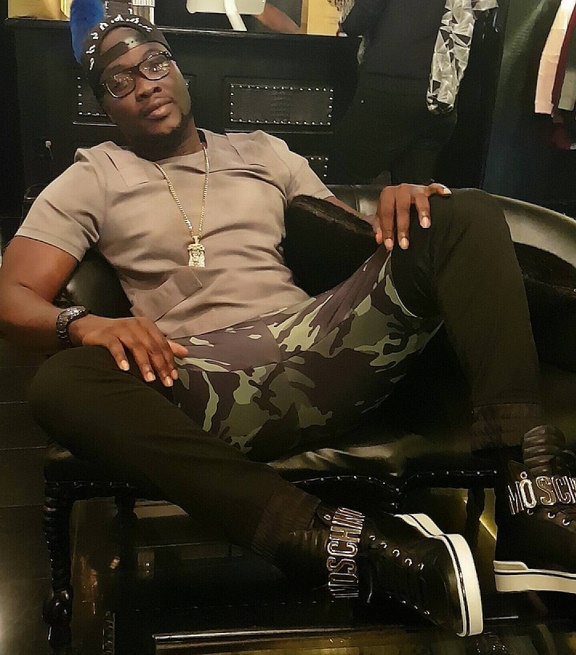 Singer/producer, Sheyman, has released what he tags the entertainment industry’s ‘Most Real MVP’s’.

The ‘Paper’ crooner, who could care less what anyone thinks of his choices, mentioned a few known names in the industry then asked fans to name those who they feel shouldn’t be on the list.

Realness!!! Who do yo guys think shouldn’t be on this list? Yea I mean it…who’s fake, who’s proud, who dey package? REAL COMMENTS 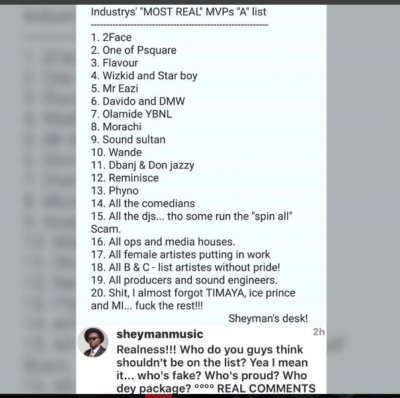