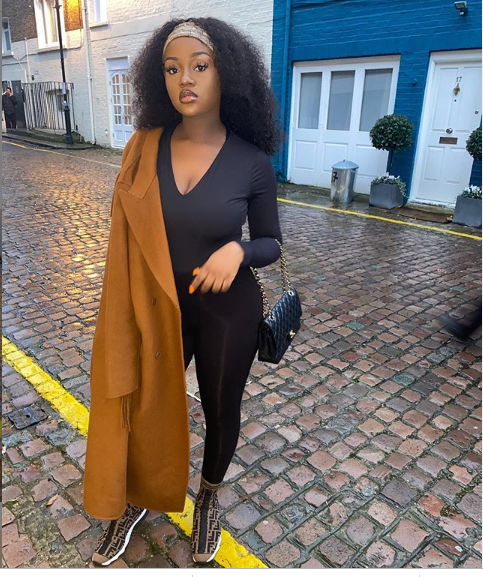 Nigeria’s number one investigative journalist, Kemi Olunloyo has warned Chioma to stop feeding her son in such a dangerous manner.

Chef Chi as she is fondly called shared a video of herself dancing to a track from her husband’s album and feeding her baby at the same time. The video went viral but most fans were not comfortable with the way she cradled the child in her arms.

Kemi Olunloyo being a mother herself took to her Instagram page to share the viral video and advised the new mother to be very careful while feeding her son. According to her, Chioma should refrain from feeding and dancing at the same time as it could harm the child. She also advised her to watch how to take care of a baby properly by watching YouTube videos.

When feeding the baby Chioma should refrain from dancing at the same time. Babies CHOKE easily. Also watch the #heimlichmaneuver videos on YouTube.

When feeding the baby Chioma should refrain from dancing at the same time. Babies CHOKE easily. Also watch the #heimlichmaneuver videos on YouTube. #kemitalkkids #kemitalkshealth #keminicationsdigital