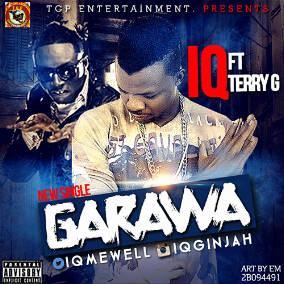 IQ real name Aliyu Shoaga is a member of the group House of Ginjah, he’s a talented and extremely gifted artiste that does his thing in Hausa. Under House of Ginjah, they have dropped hits songs like Free Madness Pt3, Let It Go, So Flashy and One Love. This is his first official single titled GARAWA – a sure bet hit featuring his boss and CEO of TGP Ent, Terry G. The song was produced by Jaypizzle the beat maker behind Run Mad by Terry G, Shake Body by Skales and many more.