Is Wizkid The Biggest Artiste Of This Generation? 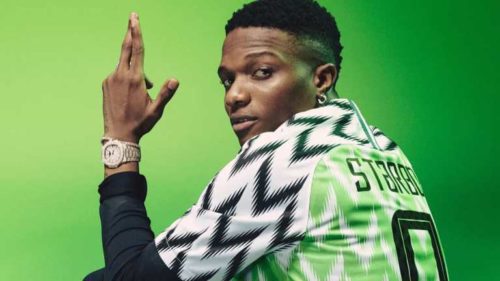 The argument about who the biggest artiste of this generation is sparingly comes up when there is a topic or a discuss that seems to push people’s consciousness towards that direction. Many till today are finding it so hard to hand-pick anyone for that enviable title.

In as much as many are finding it difficult to make a decision regarding the topic above, some are of the opinion that it one of the easiest verdict to give as Wizkid is the most deserving of that crown.

Wizkid came into the music industry with one of his fiercest musical weapons in 2010 when he dropped his first single “Holla At Your Boy.” Since then, the Starboy has gone on to establish himself as arguably the biggest superstar that Africa currently has as a result of his unique style of music, the many records he has set and still currently setting, the sold out shows he’s had and still having worldwide and a whole lot of achievements that many of the other artistes can only dream about.

With all these factors highlighted in the third paragraph, many still believe he is not worthy of being called the greatest artiste of this generation as we still have the likes of his fiercest rival; Davido as well as  2face, D’Banj, P-Square and many others.

With all the numerous accomplishments that he’s got, do you think Wizkid is the biggest artiste of this generation?

Nifemi is a graduate of the University of Lagos. He's a unique user of the pen when it comes to the expression of whatever. He is editor-in-chief of the organization and also a writer of news, articles, editorials and a lot more to help expand the level of knowledge of the readers and simultaneously have them entertained. A lover of music and football is who he is and a Man Utd die-hard.
Submit your comment
69 total comments on this postSubmit yours
Recent Comments
Popular Posts