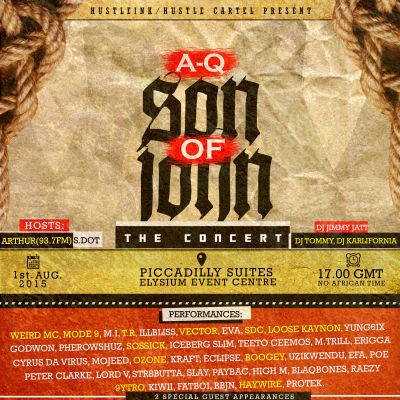 Rap pundit, A-Q had previously released his mixtape “Son of John“ to critical acclaim and very impressive reviews. Now, he is set to stage an all hip-hop concert which will feature performances from some of the industry’s best and celebrated hip-hop rabbis as well as 2 guest appearances.

Already slated to hold this Saturday, 1st August, tooXclusive would be giving out free tickets (1 VIP and 4 Regular) to 5 lucky winners who will answer these very simple questions correctly!

Send your responses ONLY in a mail to [email protected]