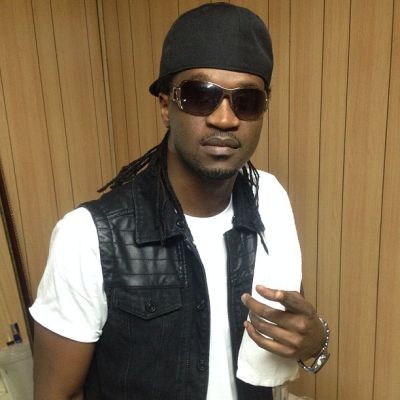 One of the Okoye brothers, Paul, was at the Beat 99.9FM office recently and the singer sat for an interview which had him speak on the circumstance that led him to start a solo career and what his fans should expect from him now that he is riding solo.

In the interview, Rudeboy said he has resolved to taking everything seriously and has moved on from the drama with his twin brother, Mr P. He said he made the decision on November 1st, 2017, as he prepares for the new year.

The singer refused to talk about the issue of his family, he said that he doesn’t want to ‘play politics’ with music and he would prefer to keep his family affair out of the public, including the questions asked of him by fans as regards his brother.

Rudeboy however spoke on his previous tweets about their family issues, he blamed in on the tensed situation at that moment and said that he regrets making such comments and asked his fans to forgive him. He added that he is not sure he will be collaborating with his brother as a group on any song again.

Speaking on his new projects and future plans, he said he was supposed to bring out a solo album next year, he wasn’t supposed to drop his new singles but he felt he needed something to start his “new year,” which started on November 1st. He mentioned that he has been living in the studio for the past few weeks and his studio time has produced between 90-100 songs, adding that he could drop two albums whenever he wants to, before saying “my eye don open, dey just free lion commot for cage.”

One of the show hosts, Maria asked him how he felt when people say he can’t sustain his career alone, he said he laughs it off adding that he is not talking anymore adding that his music will speak for itself.

A fan sent in a question, asking if the brothers could make up and get back together and he replied saying “No be me sign paper say I wan commot”

He concluded the interview by answering a question on the existing relationship with his elder brother Jude Okoye and he said “there used to be three of us, now there’s two of us; Jude is still my manager.”