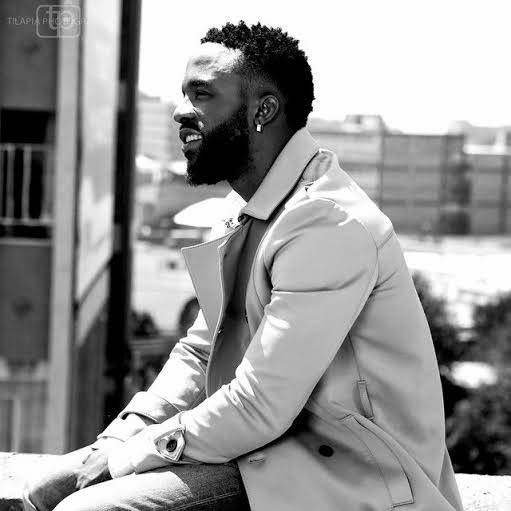 Former Triple MG star, Iyanya, has finally revealed the label he will be pitching his tent.

After days of hinting about his exit from former label to start his own, he finally revealed that he has signed a deal with Temple Management Company, where his debut album will be released.

Dear Fans, i am pleased to announce that i have signed on with Temple Management Company. About a year ago, Ubi and i discussed options to diversify our business interests and creative visions and we both agreed that we would explore all avenues open to us. So much has happened since and i have now completed work on my new album which will be released under a new record label.

With both @thetemplecompany, and the new album, i am now embarking in a new direction which will not only bring you the same quality, verve and energy that you have become accustomed to, it will take things to the next level.

Ubi remains my brother and we both look forward to this new phase of our careers. God bless you all. 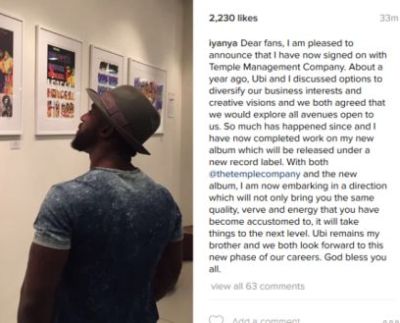 Iyanya, however, did not reveal if the new label is his, as he earlier said days back that he would be starting his own label.