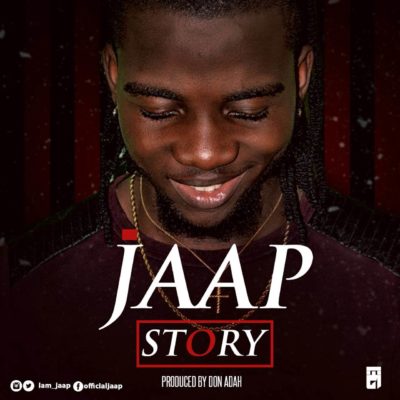 Finally Jaap also known as Starboi Jaap finally releases an awesome single titled “Story” after his long time hit with “disco dancer with popular hit maker olamide badoo” this song talks about his life and struggles through the industry and also how God has been with him all through.

In his own word Jaap is set to storm the industry again this year in a better and creative way with his new project which he tags #Dream2017. He also shouts out to AJB music which has been family to him from day one of his music career.