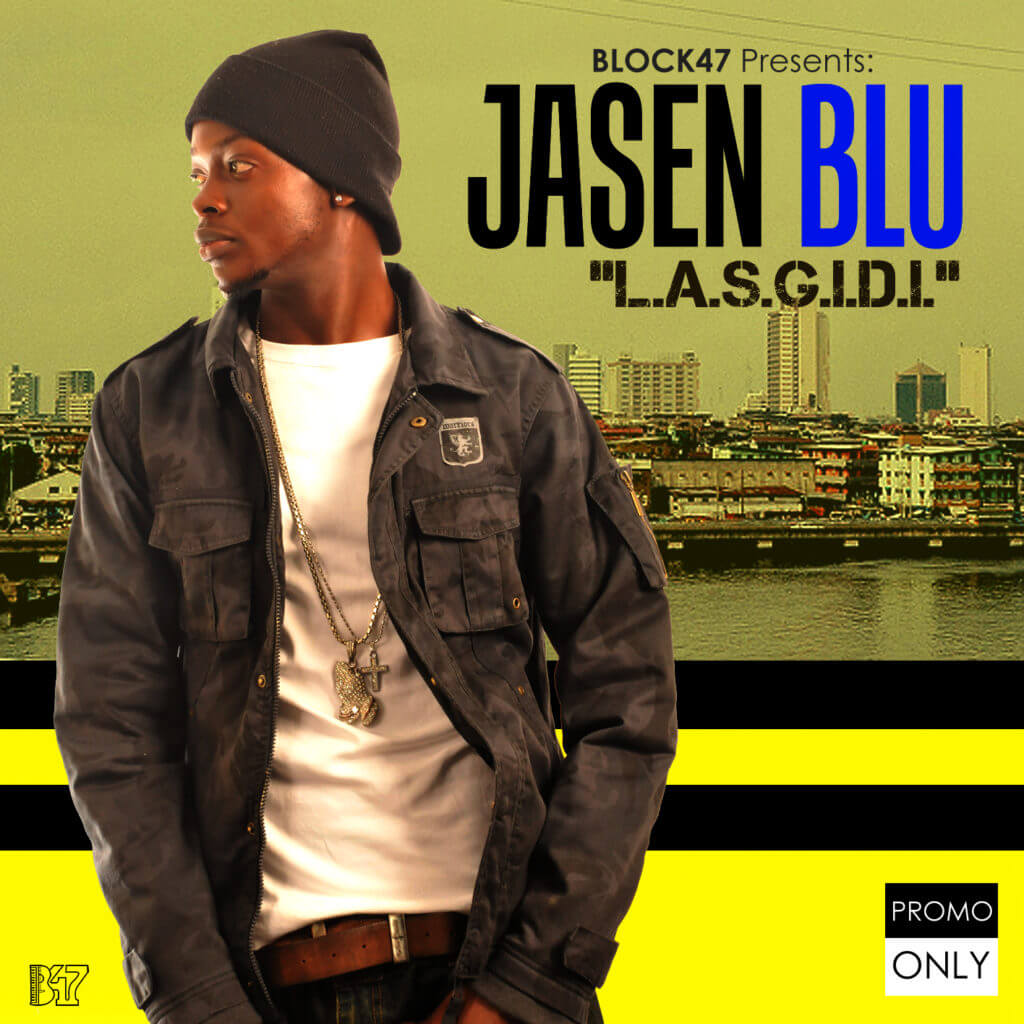 Jasën Blu is currently coupling his debut CD, and his 2-track singles CD spawns the lead singles, “L.A.S.G.I.D.I. [Gidi Anthem]” and “Born To Be Great” featuring MC Lauda, a highly talented Hip-Hop artiste. “L.A.S.G.I.D.I. [Gidi Anthem]” was scheduled for an October 1st 2011 digital release but was pushed back as the singer got involved in a motor accident in Lagos late September.

On recovery almost six months later, Jasën underwent a thorough re-brand which changed his stage name, theme and re-vamped his approach and ideas on the project. Consequently, the lead singles got re-mixes plus an April 16 2012 digital release date (his 25th birthday) as he resumes recording his debut project. “Born To Be Great” is featured as a “Side-B” track and officially appears on radio release only. However, Jasën Blu is currently an independent artiste.