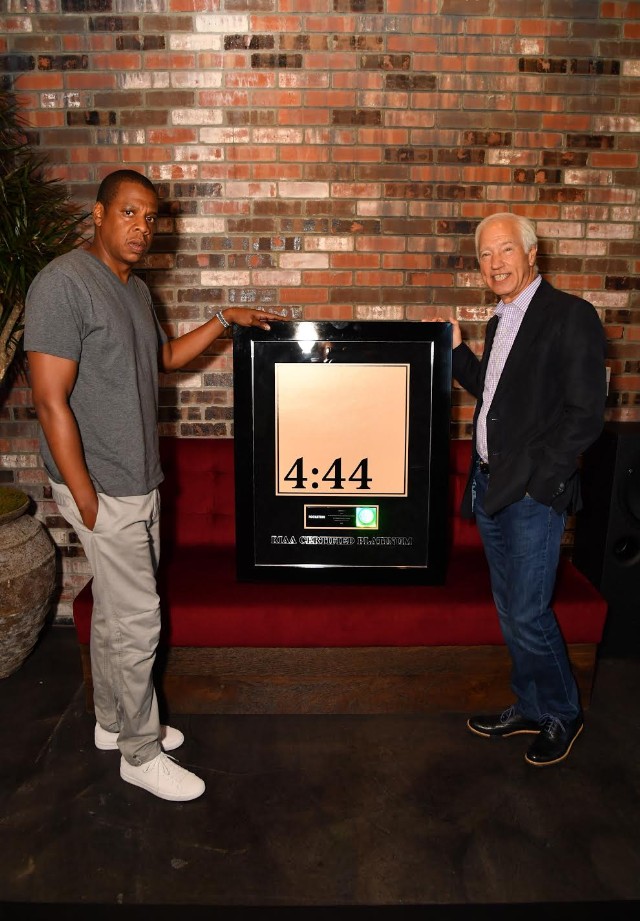 Jay Z’s 13th and latest studio album, “4:44,” has just been certified platinum by the RIAA, barely 6-days after it’s release and this is based purely on streaming numbers.

The great news was officially announced on Wednesday morning by both the RIAA and Jay’s label, Roc Nation.