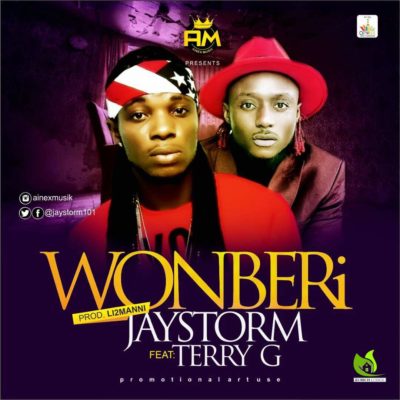 Edeawe Anthony Julius popularly known by his stage name JAYSTORM, is a Nigerian singer, and songwriter. He was born and raised in Benin… He started his musical career at a very tender age and kept recording songs, he later moved down to lagos where he was notice and signed by AINEX MUSIC…

Now JAYSTORM teams up with the king of Ginger – TERRY G to unlock this monster track titled ‘’Wonberi’’ (produced by Li2manni, Mix & Master by T-Bay Mix)…

An impressive effort from both artists.

The video which has already been shot was directed by Uj pro Films and its set to drop in few weeks.