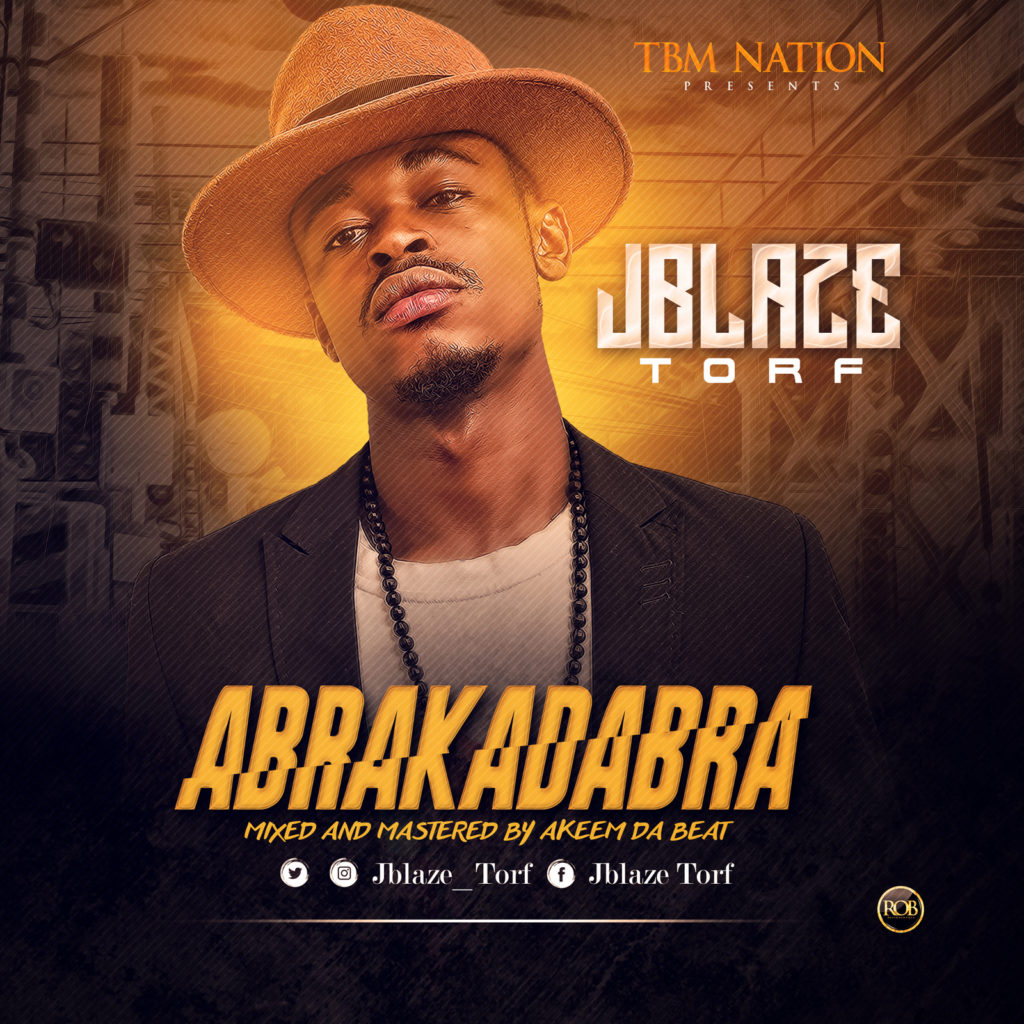 Newly signed to TBM Nation (True Ballers Music Nation), Jblaze Torf is set to rock the world of his fans and music pundits alike with yet another twist as we’ve seen him constantly do so with every musical release of his; starting off with “Bugawa” in 2013, to the release of “Package Mi Tin Ta” in 2015, the TBM Nation recording artiste teams up once again with the usual suspect, Akeem Da Beat, as he delivers a song in light of a day-to-day struggle.
Titled “Abrakadabra,” Jblaze Torf speaks about believing in oneself and in one’s struggles; in his words, “when you work and believe in what you do, the money would come like magic.” This new single is coming off following his most recent work, being the release of a cover to Runtown‘s “Mad Over You” back in the month of February; listen up and share your thoughts with more to come from Jblaze Torf and the TBM Nation camp. | ENJOY!!!

Your Show Money Is My Shoe Money – Cynthia Morgan Boasts

Your Show Money Is My Shoe Money - Cynthia Morgan Boasts