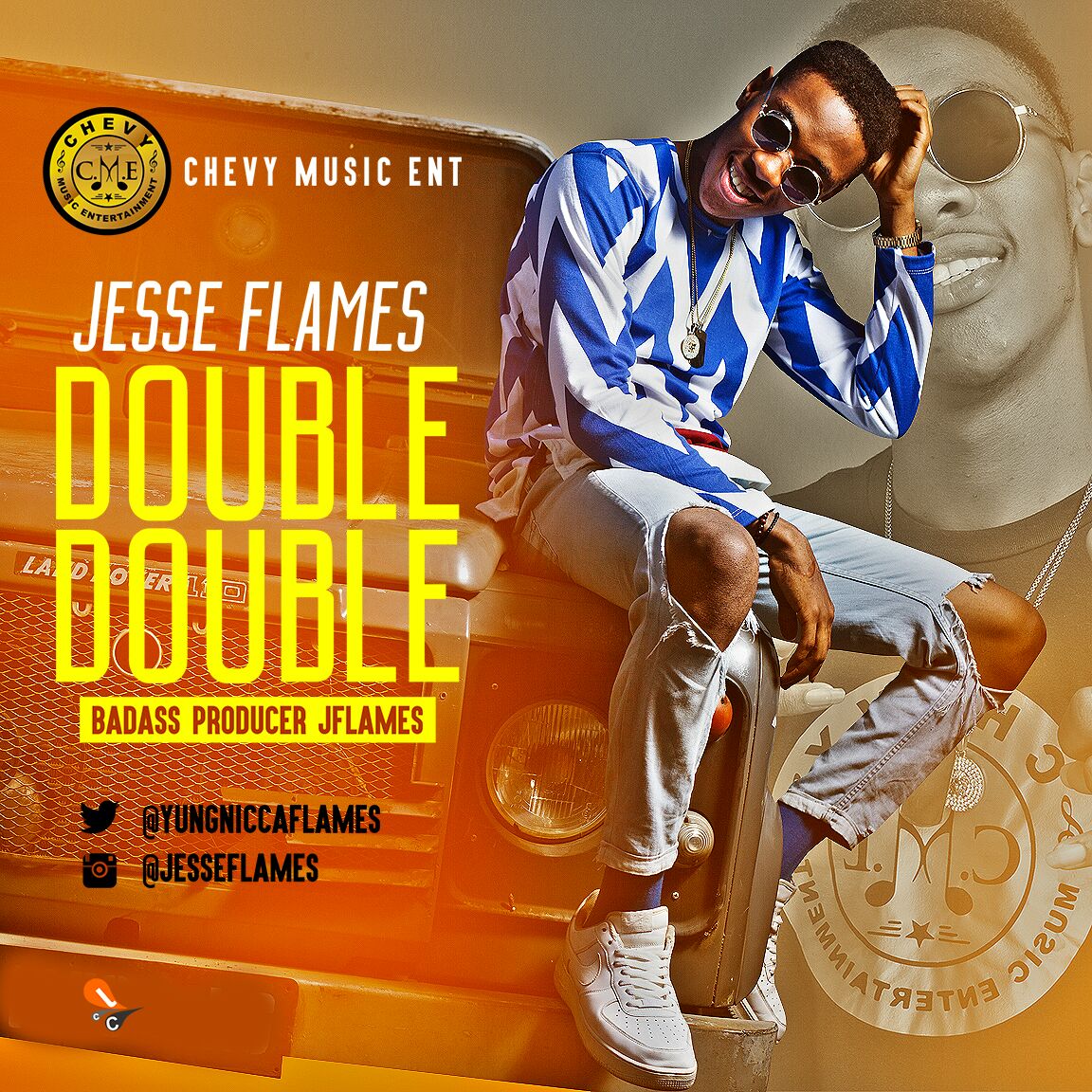 From The stables of Chevy music Ent. (aka) Chevy Empire as they are popularly known presents singer Jesse Nnaemeka Dibe who is a dynamic rap artist popularly known as Jesse Flames who hails from Imo state.

JesseFlames is no new name in the music industry as he has done previous jams like “Like Dat” & the “Who You Epp” cover by YBNL Boss Olamide,

He started music as early as at the age of 12 and since then has been on the page of consistency, to crown it all he produces his own

beats (BadassProducerJflames) that’s why he is not just amazing but also a rare gem!
On his debut tune “Double Double” he came up with a very unique sense of music adding up with his mad skills on production and also teaming up with Oblack on the mix to deliver this delightful piece!
The song Double Double goes out to every level of music in the Nigerian  music industry as it shows the versatility of the artist and it’s goes out to the street!