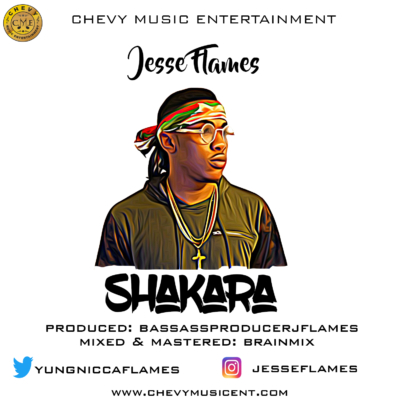 Chevy Music Entertainment’s fire artist/producer ‘’Jesse flames’’’’ AKA ‘’The man they wanna know AKA ‘’BadAssProducer’’ is back with another hit single afro beat track titled Shakara.

This particular track and name was inspired from the famous afro beat legend ‘’FELA KUTI’’. It was produced by himself and was mixed and mastered by ‘’Brain Mix’’ who has also mixed and mastered several songs for Artists such as Vector, Solid star etc..

Catch the vibe and get the feeling of the track ‘’SHAKARA’’.