Jesse Jagz – God on the Mic (Prod by Shady Bizniz) 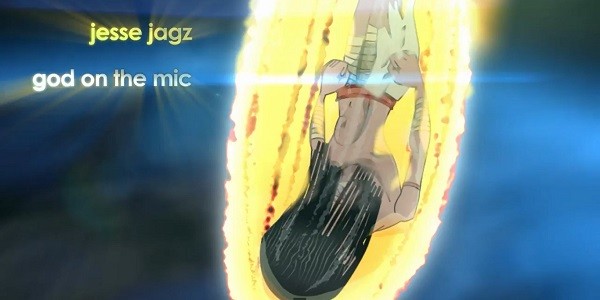 Jesse Jagz armed with a stellar Shady Bizniz production shines on ‘God on the Mic’; the eight track on his second studio album whose accompanying music video has been unleashed. The former Chocolate City artiste received major acclaim particularly for his performance on ‘God on the Mic’; here is an excerpt from our review of the album talking about ‘Mic’:

Ibn Abaga has his Kanye West moment with ‘God on the Mic’. Digest these lines – ‘Hurled from the sky like a discus, A god has fallen from Olympus, Dethroned from high, Thrown from the sky…formed from the remnants of Optimus Prime, In the darkness words formed in his mind-blind, Double edged sword state of rhyme, so a nigga got resourceful with his time…’, Jagz serves a jaw-dropping song worthy of the ovation.

Download/watch the music video for ‘God on the Mic’ HERE