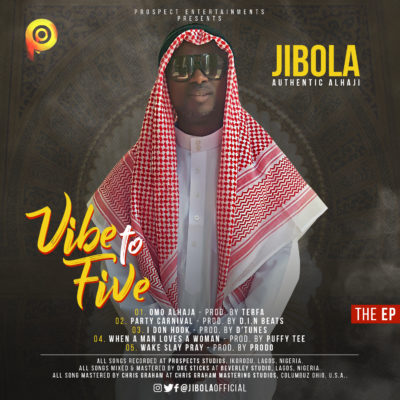 Jibola Uk Based Top Nigerian artist is back again with yet another dope Audio and Visual ,after numerous hits and winning the best Artist in Diaspora  award 2015 and featuring top shots with likes of jawon,Ruggedman ,Reminisce  and many more ,now he went on to another smash hit titled Counting my Blessings FT OritseFemi himself and with a crisp classy video directed by the award winning Avalon shot in A very plush surbuban of Lagos which placed him among the most respected Nigerian artistes in diaspora ,after this much success he now returns back for the 2017 big one which he has promised his loyal fans worldwide by dropping his official EP fortified with 5 solid tracks that will keep all listeners of good music mesmerized as he infused so much genres yet proving himself as the most versatile artist of all ..here we present top you THE EP OF 2017 DUBBED.

This is the definition of music cocktails internationally mixed and mastered in USA by the best in the game!

4. When a man loves a woman (Produced by Puffy Tee)