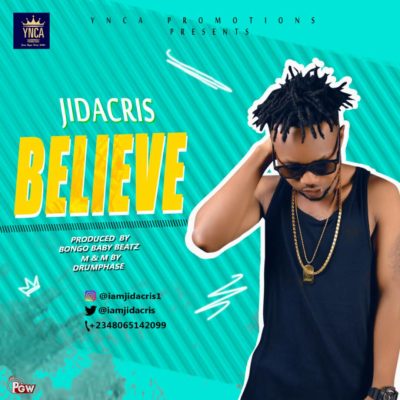 JIDACRIS who has worked hard on his own has kept us all on the edge of anticipation for more than a month for his much awaited banging single which he features “QDOT ” whose latest track IBADAN ft OLAMIDE has been an anthem in town Produced by Antras and also release another single titled DAPADA by Jidachris.

Jidacris is a wide talented artist that does versatile music and he promises his fan good music.

“Believe” is Produce by Bongo Baby Beatz, Mix and Mastered by Drumphase.