VIDEO: See What Jidenna Had To Say About Sunny Ade, Sunny Okosun, Wizkid, Tiwa Savage & Others 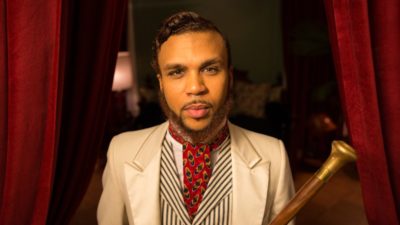 Mr “Classic man”, Jidenna has shown strong interest in associating with his Nigerian origin, of late. The singer has been present in the country; granting interviews, attending events, performing at shows and generally pitching his art to the Nigerian audience.

Very recently, the singer continued to profess his interest in things pertaining to Nigeria, while stressing the influence on Nigerian music on his craft. The singer recently revealed in an interview that he looks up to Nigerian artistes of the late 70s’ like King Sunny Ade and Sunny Okosun. He talked about the influence of new age Nigerian music stars like Wizkid, Tiwa Savage, Tekno, Maleek Berry and Sarkodie of Ghana, on his music. He went on to talk about other issues pertaining to the Nigeria.