Jim Donnett! The Known Writer. The Artist You Need To Know. LISTEN!!! 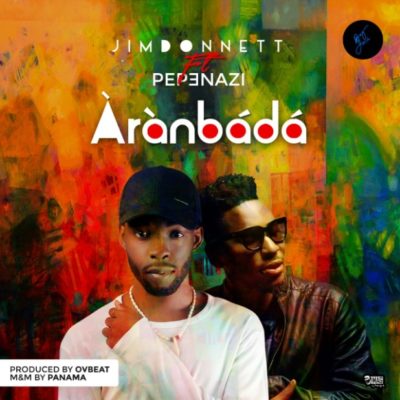 It is unusual to find a music critic in the studio, the job of a music critic is to listen to a finished musical piece, try to understand the different elements that embodies the art and give it a grade.

So when a credible music critic decides to enter the studio to create music, then you can trust the output to be great. Jim Donnett is a leading Nigerian music critic and he brings all his knowledge of music to fore in the creation of this songs.

FOLASHADE: This is a classic afro-pop record and believe me the song has a good vibe, it carries a message and it has all that it takes to become a hit record. If you trust Jim’s music critiquing skill then you’d love his song, Folashade. LISTEN

ARABANDA (featuring Pepenazi): For hustlers and lovers of the paper, Jim teams up with YBNL affiliate, Pepenazi who knows enough about the party-boy life, to create a hit record for ariya and agbo-faaji gatherings, with the brainy music critic. LISTEN

HIM: Listening to Him, makes me feel like I’m listening to something foreign. It’s an RnB song that is unlike what is commonly heard and booed. Jim Donnett, the critic, makes a credible music debut and he shows all the things he knows about music on this inspiring and emotive song. LISTEN

This Information Age Scares Me, I’d Protect My Children From It – Simi

This Information Age Scares Me, I'd Protect My Children From It - Simi