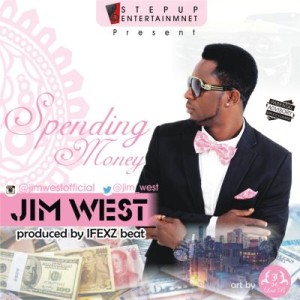 As follow up to his wave making debut single “Monalisa” which was released sometimes last year with the video released within the last quarter of same year (2015), Jim West releases another outstanding number titled “Spending Money”.
Jim West whose name has become an anthem in his hood and all across Africa under the imprint of “Step Up Entertainment” turns up the nobs at every chance to thrill the fans with good music.
“Spending Money” is not any short of his standard as it was produced by tested and trusted music production Wiz “iFexzz”