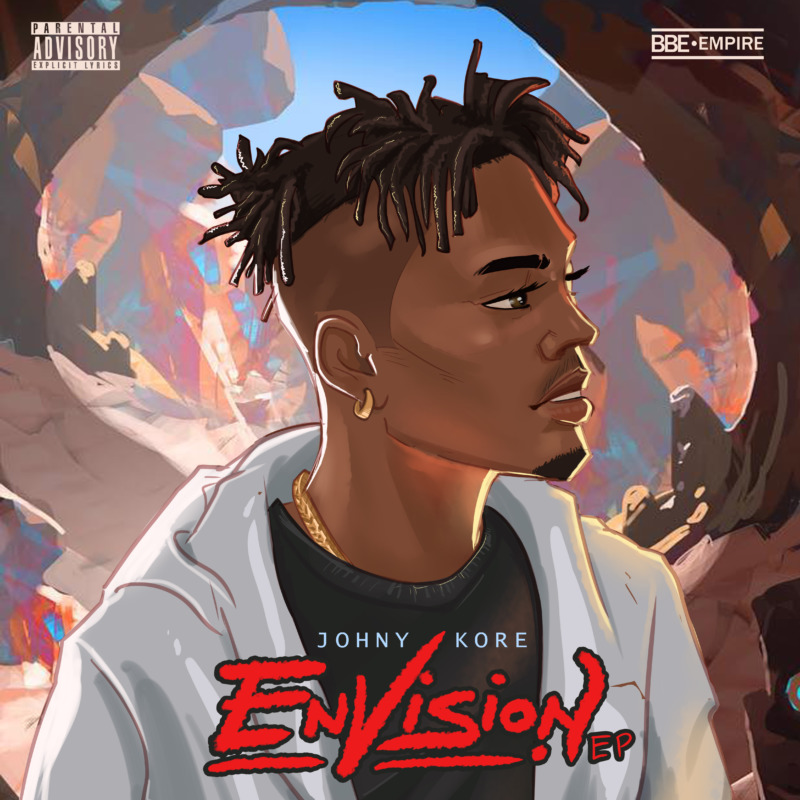 Having introduced himself to the Nigerian Music scene in January, 2020 with his debut single ‘Alisa’ which got a massive airplay across music platforms, Oromidayo David John (JohnyKore) never looked back. He announced himself as a young promising talented act to watch out for in the industry and he hasn’t disappointed.

Johny Kore proved his musical craftsmanship again when he released ‘Aje’ with Zlatan Ibile featuring on the hit track. ‘Aje’ became a street anthem, as well as, a prayer point. With the resonance, sonority and vibrancy that come with this tune, JohnyKore left his fans yearning for more.

The anticipation is over as the Big Bag Entertainment Empire signed act has announced himself with his debut EP, ‘Envision’. The EP comprises 6 tracks that vary in genre and style. Every music lover has their choice represented in at least one of the tracks. Songs like ‘Faaji’ and ‘Logba Logba’ come with their paced rhythm of hi-life mixed with afro-pop. ‘Fire Down’ and ‘Good Vibe’ will suit as club bangers and anthems. ‘Sugar’ is a romantic tune for the lovers. ‘God Time’ is a great sound themed towards exaltation and ecstasy.

Off The ‘Envision EP’ Enjoy ‘Faaji‘ below