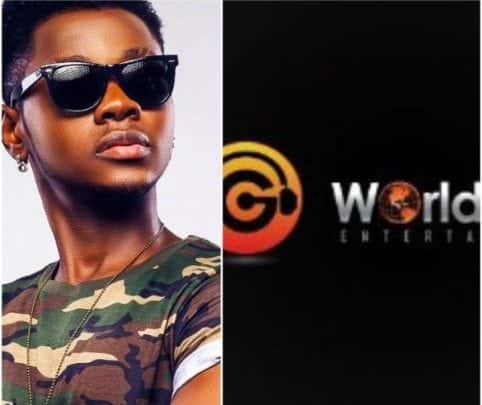 The Management of G-Worldwide Entertainment wishes to inform the general public that the matter of G-Worldwide Entertainment Ltd v Oluwatobiloba Daniel Anidugbe before the Federal High Court, Lagos Division, is still ongoing contrary to the fake news being peddled by the artiste and his advisers to mislead the public. Following several requests and enquiries by Nigerian and foreign online media and entertainment outfits about the status of the matter, it has become needful to notify the public of the current state of facts.

The suit at the Federal High Court last came up on 16th May 2018 whereupon our lawyers informed the Judge of a pending application for status quo to further restrain the rebellious acts of the artiste in view of the recent release of previously unreleased songs from the Evolution album, as well as the continued use of the name Kiss Daniel without our approval. The Judge emphatically told the Kiss’ lawyers to explore a settlement of the dispute as he does not believe the matter is one which should go to trial and that the lawyers should report on any settlement at the next adjourned date, 26th June 2018. We are unaware at the time of this release that the lawyers to Kiss have submitted any proposal with terms of settlement to our legal team.

It also interesting to inform the public that the Court was informed about the artiste’s release of the new song titled 4 Dayz, and For You a collaborated track with WizKid, which are songs from the Evolution album, the ownership of which forms the subject matter of the suit at Federal High Court. We therefore need to let the public know that these releases demonstrate that the artiste is on a trip to put the credibility of other artistes whom he collaborates with in question.

We are also aware that the artiste has released the video of 4 Dayz, done a collaboration with Seyi Shay titled Surrender, and another song Me Ke with Omawumi by changing his name from ‘’Kiss Daniel’’ to ‘‘Kizz Daniel’’. Let the whole world also take note that G-Worldwide is also the owner of the name ‘‘Kizz Daniel’’ (see acceptance and acknowledgement documents from the Ministry of Trade & Investment).

All digital platforms have been put on notice for take down of infringing materials where the name Kizz Daniel is in use, and we have responded to foreign and local media outfits on this issue following calls for clarification. We also wish to formally inform the public that the artiste’s use of the names Kiss Daniel and Kizz Daniel amount to breach of the company’s intellectual property rights. The company further advises the general public and other artistes to desist from engaging the artiste in respect of the names and contact the company’s management to confirm any information or proposal from the artist or his advisers which we believe are calculated to deceive.

We shall also not hesitate to take appropriate legal action to obtain judicial redress where necessary for such infringements. 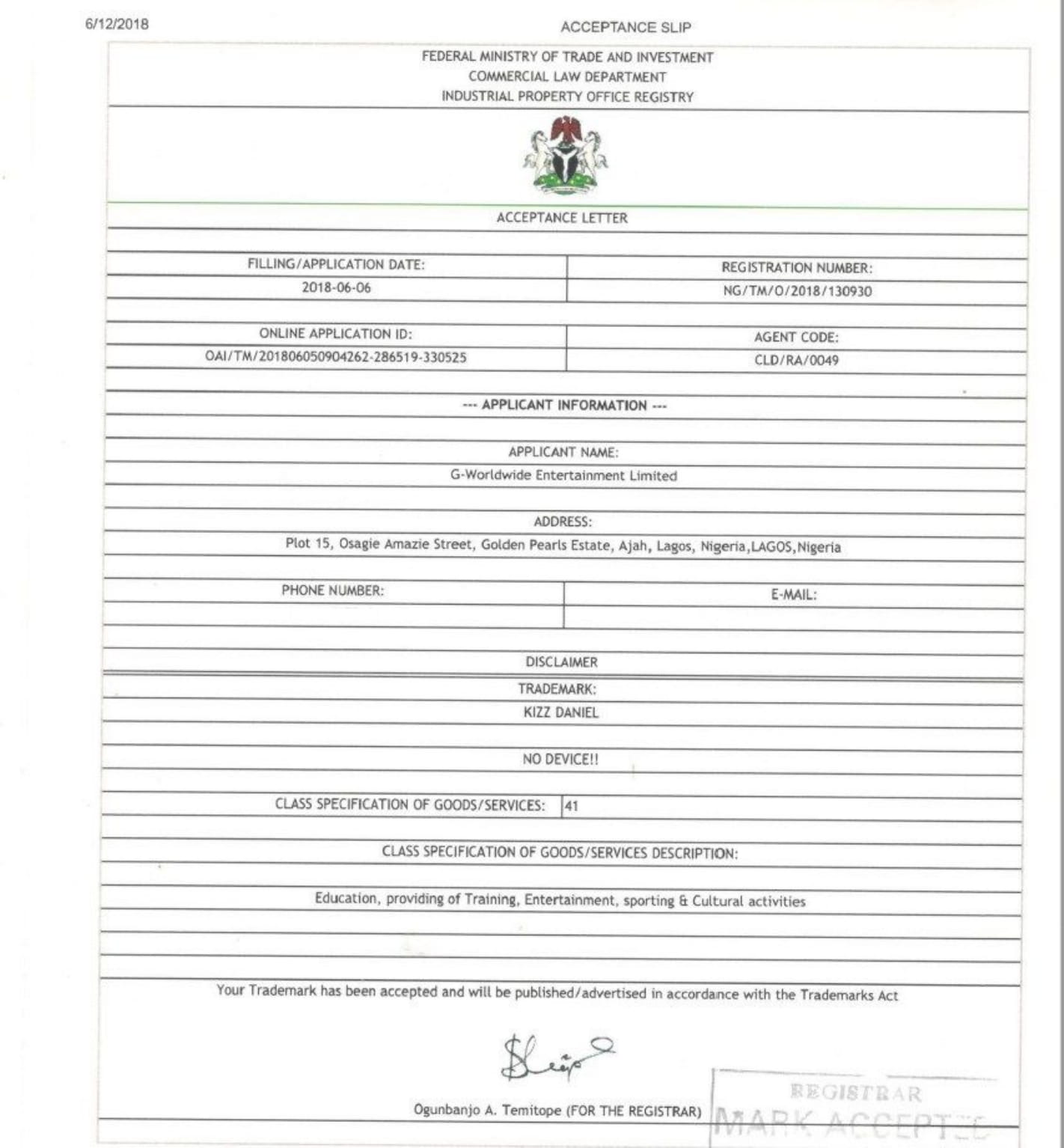