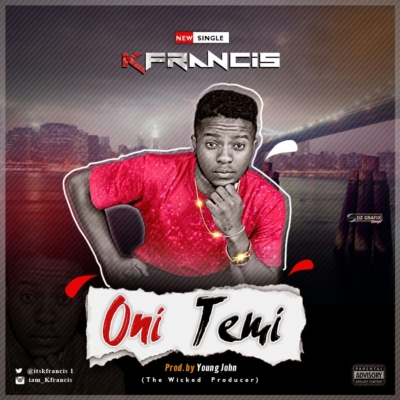 Kingbell Francis  born 12 December 1994 known by he’s stage name Kfrancis is a Nigerian recording artist ,songwriting and performer ! Started is musical career in the church at age 13 where he grew and the launch himself into the musical scene!

Making is Debut to the music industry, with this certified Hit Banger ” KFrancis – ONI TEMI” produced by Multiple Award Winning and Headies Nominated producer of the Year, YOUNG JOHN The wicked producer. He is said to be the next Big shot in the industry.