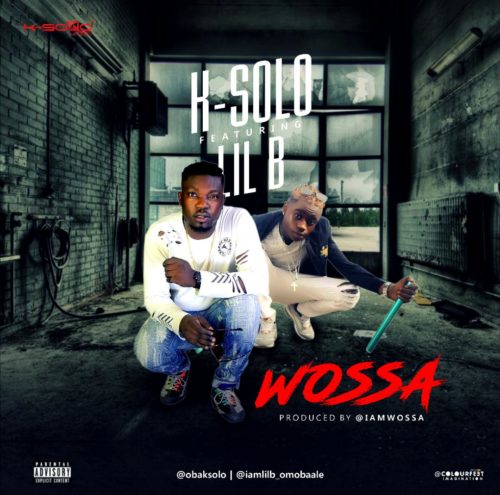 K-Solo is back with a gritty and thumping bass – heavy metal musical backdrop, ”WOSSA” believing it will hold as a slang in the street of good music lovers. He calls this a new version of his Afro-Dance hall & his space in Music Production remains unshaken as you can him “WOSSA”.

K-Solo featured a young Lyricists LilB Omobaale on “WOSSA” an ingenious Rapper from his Clan.