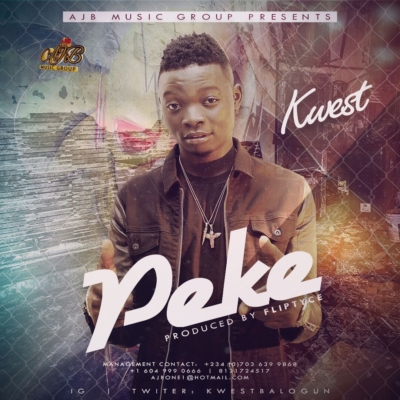 K.WEST started recording as an Artist in january 2013 and gaining massive ground in Akure city Ondo,Abuja, Lokoja, Benin City etc. He has won lot of Street Rap battle in different cities and as also earn respect from some of Nigerian popular Acts.

The Ceo Of  AJB Music Group “Aj Bone” whom has worked with major artiste from promotions aspect,Signed him into his label and presenting his debut single title “PEKE” which is one song that would hit the airwaves and every corner of the Country,

The PEKE song is produce by Fliptyce and the mix and mastering by TeePiano. Download, Listen And Share Your Views #PEKE by K.WEST taking over..