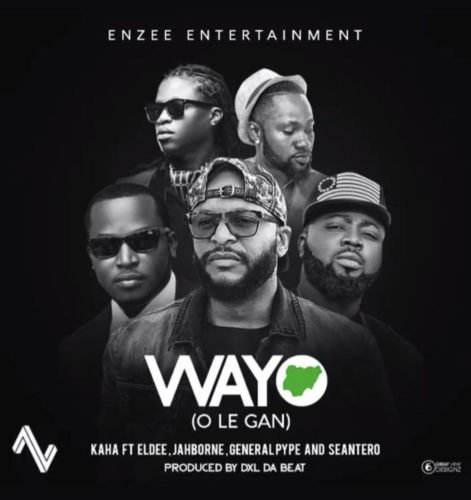 Veteran Nigeran singer, Kaha has come out with a very thought-provoking record titled “Wayo” as Nigeria prepares for its general elections.

“Wayo” features notable music stars such as Eldee, Jahborne, General Pype and Sean Tero as they all take turns to call out the country’s elites and political class for deceiving and stealing the resources of the masses.

The thoughtful song “Wayo” is accompanied with a music video to put in more light about the content of the jam.