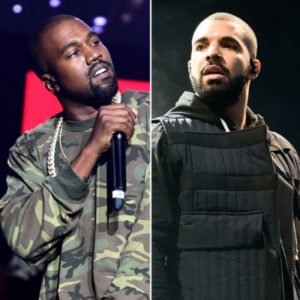 The thought that a Kanye West and Drake beef had ended with Kanye’s last social media rant on Drake has now been proven to be a seriously erroneous conception.

Well just yesterday morning, Kanye West took to Twitter to air out even more ‘pain’, this time concerning a report that Drake had “re-followed” his wife Kim Kardashian on Instagram, much to his dismay.

His response was telling. He asked, “Imagine having a problem with somebody and they follow your wife on Instagram?” – a rhetorical device he must hope will galvanize his Twitter base.

Kanye does have a point; keeping your nemesis’ wife within arms reach makes little sense, from a sensible point of view. Insecurities aside, adultery is a heartbreaking sin, so says the Bible, and Kanye has a lot to gain from getting his message across, in regards to his own piece of mind.

Kanye West abruptly brought his Twitter spree to close with a message of convalescence. “Love everyone,” Kanye opined, as he reached for the breakfast tray pully once again.
Last time out, Drake shrugged things off, but not before a personal phone call was placed with little result. Keep it peeled for updates, Kanye West is prone to second and third helpings.
See post below:

#Kanye Unloads on #Drake for following his wife on IG