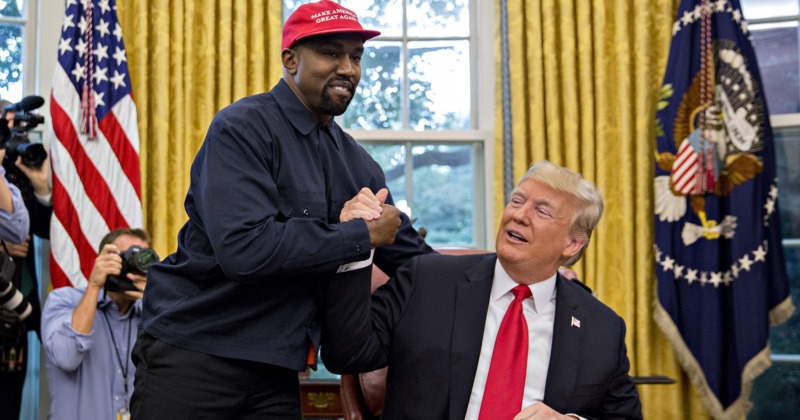 American rapper, Kanye West has revealed that he would be voting for Donald Trump in the next presidential election which is to take place in November.

The award-winning rapper made this known in a recent interview May issue of GQ magazine. We know who I’m voting on… I’m not going to be told by the people around me and the people that have their agenda that my career is going to be over because of it!’

Kanye who has always faced backlash for being an outspoken supporter of Trump told the magazine that ‘better real estate’ is the primary motivation for his decision. “I buy real estate. It’s better now than when Obama was in office. They don’t teach you in school about buying property. They teach you how to become somebody’s property,’

The rapper also took a swipe at Hillary Clinton’s 2016 presidential campaign  ‘I’m With Her’ slogan, stating: “I was told my career would end if I wasn’t with [Hillary Clinton]. What kind of campaign is that, anyway?” “That’s like if Obama’s campaign was ‘I’m with black.’ What’s the point of being a celebrity if you can’t have an opinion? Everybody make their own opinion! You know?”Both my parents were freedom fighters… they didn’t fight for me to be told by white people which white person I can vote on!’

“Kanye West Says He’s Voting For Donald Trump Again Because His Administration Is Better For His Real Estate Business”, 5 out of 5 based on 1 ratings.