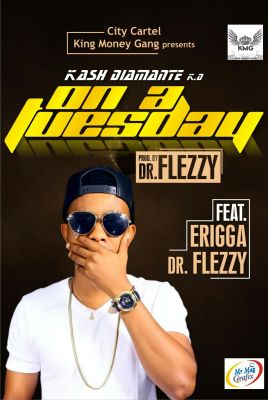 Kash Diamante aka ‘Kash N Diamonds, K.D’ is a hip-hop rapper and a writer from Aniocha South in Warri, Delta State where he originates from. He’s also a graduate of Industrial Chemistry from Delta State University, Abraka.

He makes a debut appearance in the music industry on the platform of Africa’s biggest music clique, City Cartel aka King Money Gang. “One Kyn One Kyn“ is a slang in Warri used to express mood, feelings or one’s state of mind. He enlists the support of the Eastern king of the streets, Erigga aka Paper Boi, as well as KMG front man, artiste and producer, Dr. Flezzy.

One Kyn One Kyn has otherwise been titled as “On A Tuesday“.