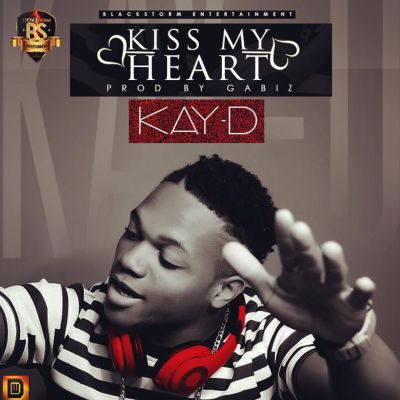 Born on a valentine’s day, over 20years ago, which is evident in his choice for words and style of music. KAY D hails from Delta State,
but grew up in Lagos, Benin City and USA.
Growing up in different parts of the world has strongly influenced his music and help develop a strong backbone for his versatility. At the age of 6 KAY D was already a dancer on the streets of New York. In 2003, He formed a band called K-Stars (with Kola and Ken Chrizi as the other band members).
K-Stars dropped an album and the group was disbanded by mutual consent in 2006, As they seek to pursue different career choices.
He became a member of the band ‘Mega Voice’. In 2006 and released his first official single with them in 2007 titled ‘Can’t Breathe’, which was and is still a classic. Staying through to his style,
Kay D is back with a brand new single which blends his dynamic RnB style with Afropop titled “KISS MY HEART” ‘ Laced with some super lyrics that would get you emotional and on your feet at the same time. Kay D – Kiss My Heart. Enjoy this brand new single.