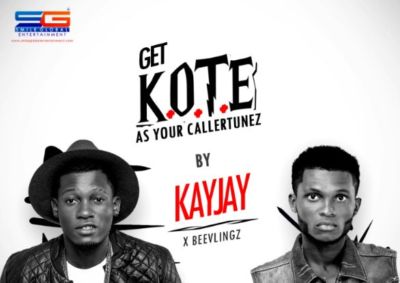 Kay Jay is back again with another banger. He featured one of biggest rising star from the south west, BEVELINGS, after the success of “SELL OVER” which he featured Skales and Omo Akin.
He took a break after he parted with his former record label. Kay Jay who is currently unsigned releases his new single under Smile Global Entertainment Management titled “#KOTE” a dance hall club party bang with street feel.
Song was produced by Phantom.
Enjoy!
Kay Jay – “Kote” (Prod. By Phantom)

Slym – “All My Ladies” (Prod by Phantom)