Kayswitch ‘D Produkt’ releases his 1st official single “Sister Caro” on D’Banj’s birthday, June 9, 2012 as a surprise birthday gift to him. LAGOS, NIGERIA (JUNE 2012) — Kayswitch ‘D Produkt’, a creative genius in the making is ready to show the world what he’s about by giving us a sneak preview of his ingenuity. His very first official single “Sister Caro” is a reflection of his eccentricity, handpicked lyrics and unique delivery style. He took D’Banj by surprise with the dedication of his very first release “Sister Caro” to his brother as a birthday gift to him. “I came home to find a very warm and emotional welcome by my brother ‘K’…” D’Banj.

The ingenuity of music is no stranger to Kayswitch, his previous collaborations have been nothing but major hits all over Africa, with the likes of “Over the moon” by Dr. Sid featuring Kayswitch, who born the maga by wande coal featuring kayswitch.His music is a reflection of his calm and urban style infused with African inspired lyrics and instruments. The creative genius is a perfectionist at his craft and doesn’t stop until he achieves perfection.

Currently rounding up his mixtape “SCAM- Seriously Conscious About Music 101”, “Sister Caro” is one of the many hits yet to be released by ‘D Produkt”, produced by ‘DeeVee’ a very talented Nigerian producer, the up tempo and playful song will get anyone grooving at the sound of the first few seconds of the track, with naughty and humorous lyrics, this hit is a sure club banger to make the world move. 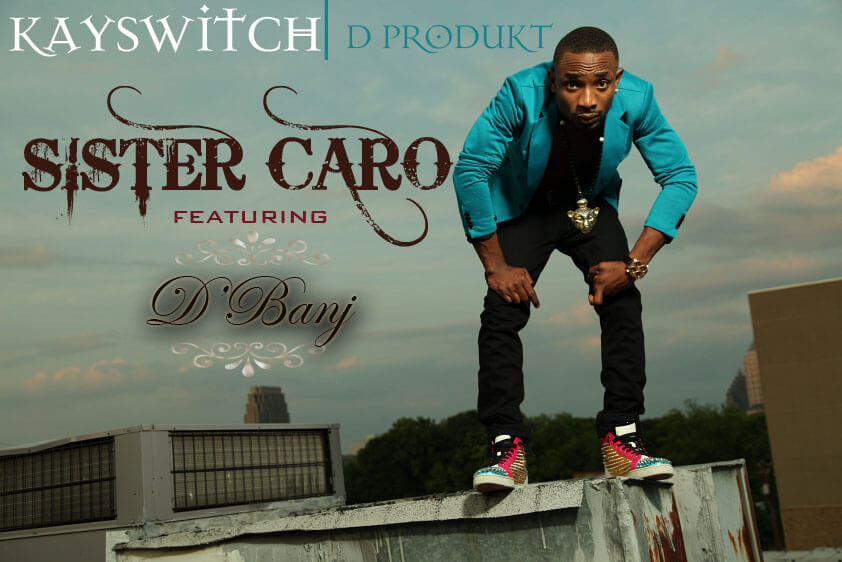