Kcee – Give It To Me ft Flavour 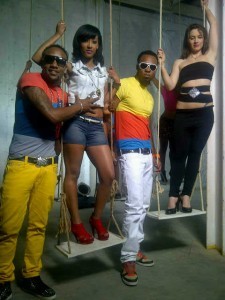 Ever since the split between KC and Presh, i think it’s safe to say Kcee has put in more work, still in that vein, Kcee drops yet another single, he teams up with Flavour Nabania on this one.The video is already in the works and should be released soon. Produced by Del B.