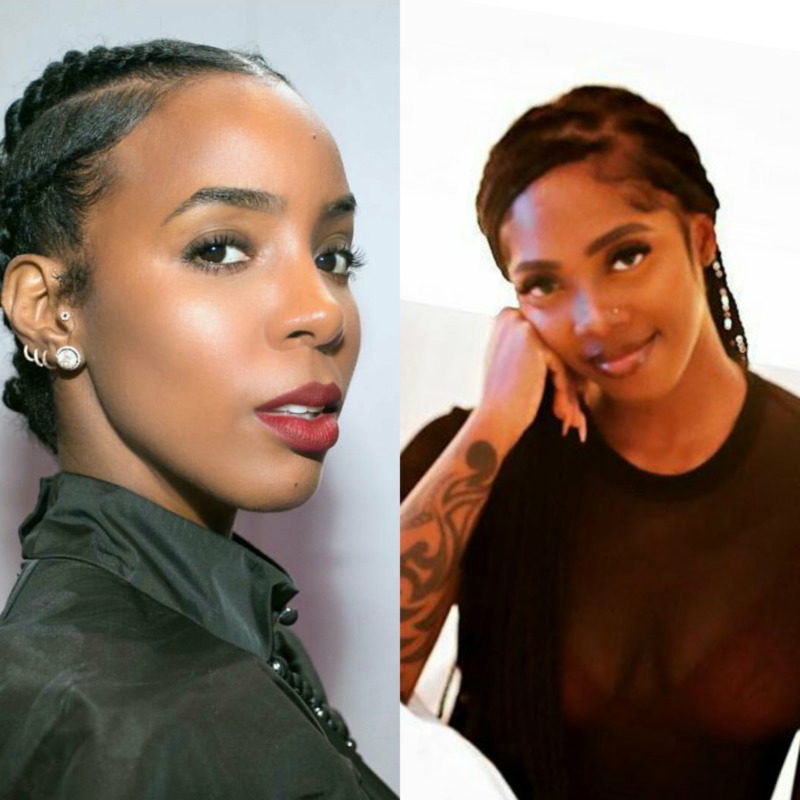 American singer, Kelly Rowland has slammed those trolling Tiwa Savage over a comment she dropped on her page.

It would be recalled that Tiwa Savage yesterday, was dragged for dropping a comment about Kelly’s not having stretch marks on her body on her Instagram page. Tiwa was slammed for making ladies feel more insecure with her comment and many trolls joined hands in calling her stupid for dropping such.

Despite Kelly Rowland stating that she actually has stretch marks in the comment section and even promised to drop a picture showing them, the trolling continued. A very angry Kelly replied again slamming those who trolled the “49-99” singer. According to Kelly, Tiwa is a dear and close friend to her and such ill talk and slander would not be allowed.

“I just saw some comments fired at my girl, Tiwa Savage. How can this compliment be taken in a negative way? If you are on my page, coming for her! Please get off !! She had NO ill intent with her comment! She is a dear friend, and like I’ve said before, we DO NOT attack ANYONE on my page, but especially those I am close to! Have a beautiful day!’ 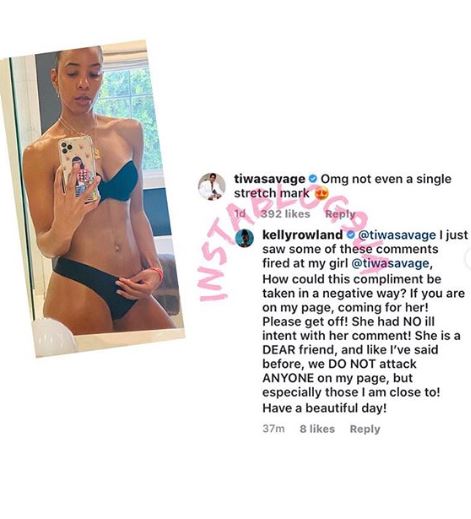