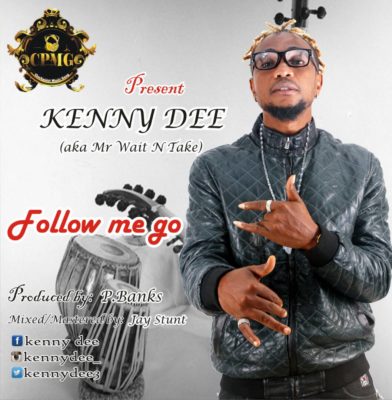 Nwobodo Daniel Ekene popularly known as Kenny Dee aka mr wait and take is a Nigerian singer/songwriter and a performer. He was born and raised in Enugu where he started his career in music underground and later moved to Lagos in pursuit of his career.

Last year he had his first single Featuring one and only Selebobo on the beat titled “Wait and take” and now he is at it again with another sweet tune named “Follow Me Go” Produced by P.Banks, and also releasing the Video Directed by Director Rudeboy(a Williams Ayorinde Film).

The Track was Inspired by an Event that Happened at a Party, it’s a Track for Everyone, especially the Ladies! Don’t take my word for it, Download and Listen!! Download, Stream and Watch the Video also!!!