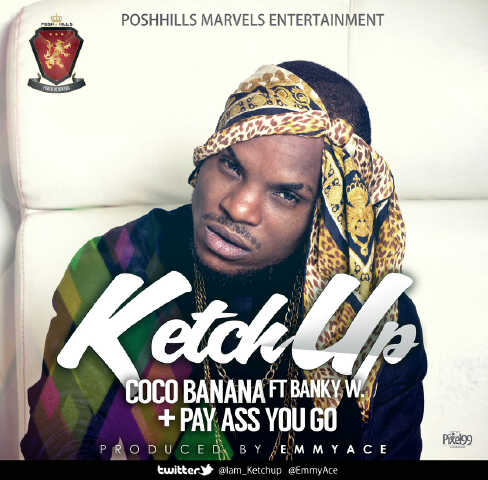 It is official; Ketchup’s first yet to be titled album will include tons of songs for the dance halls. If you doubt this, listen to his new official singles “Coco Banana” featuring EME boss, Banky W and “Pay As* You Go”

Produced by Emmy Ace,both singles lean towards different distinct directions: The first, a slow, smooth and sensitive ballad, while the other is more upbeat, groovy and still with the dancehall touch that got us all stuck to Show me yuh Rozay. On “Coco Banana”, Emmy Ace is assisted by Lead Guitarist, Fiokee to land a unique sound that will make you bump, nod and dance.

Ketchup’s new materials show the two different sides of the man Onyido Nkemjika; ‘Coco Bannana” and ‘Pay As* You Go” suggests the direction of his yet to be released debut album. “Everyone should expect to get a feel of world class music and a few pleasant surprises!” Ketchup says.

>TELL US WHAT YOU THINK ABOUT OUR WORK ON TOOXCLUSIVE.COM