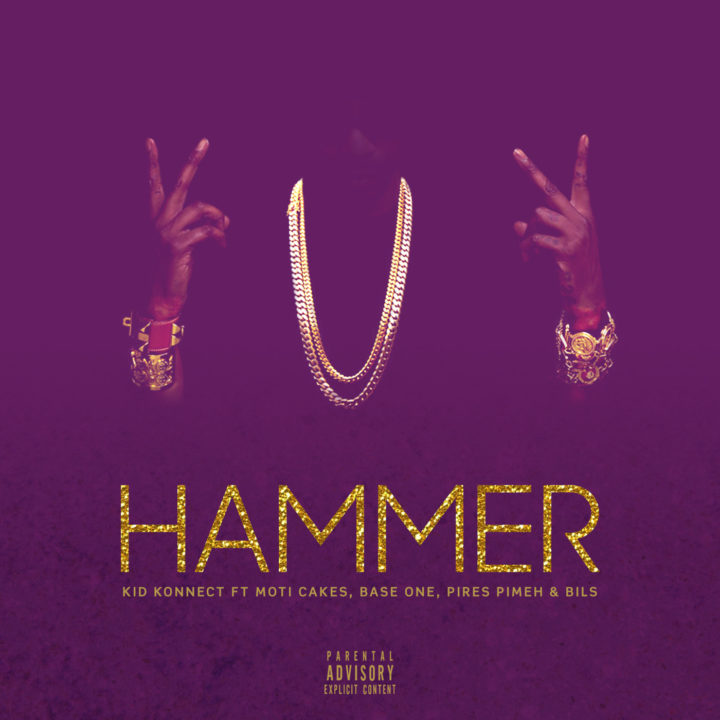 Revered hip-hop producer, Kid Konnect gets fans all revved up for 2017 as he dishes out this hip-hop joint titled “Hammer” which features rappers, Moti Cakes, Base One, Pires Pimeh and Bils.

Bang on it below