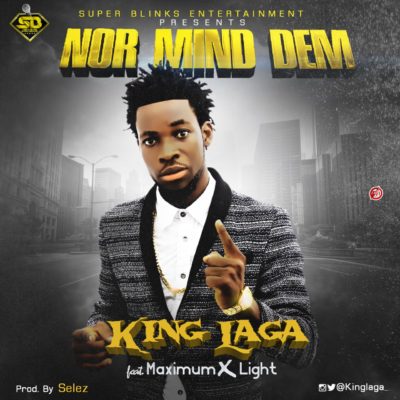 Edobor Emmanuel popularly known by his stage name “King Laga” who hails from Edo state is a Singer, Rapper & also a great song writer who started his musical career at a tender age and released his debut Album “G.V.T” in 2008 and the got massive acceptance across South south part of Nigeria, after the Album he had to travel out of the country for the pursuit of happiness.

After Spending close to a decade outside the shores of Africa, King Laga whose love for music has no bound is back to Lagos, Nigeria to kick start his music career again,

And this time he is making a Re-introduction into the music industry with “Nor Mind Dem” a song he did Five (Years) back with Maximum & Light and produced by Selez.

Meanwhile Download & Enjoy “Nor Mind Dem” for the now