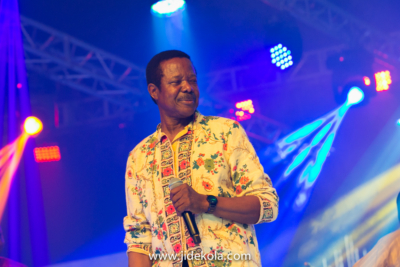 The flawless execution of the concert by the reckoning of many was a promise that was delivered by leading event management company, Temple Management Company. Before the event, the company had first assured fans of a world-class concert.

Different shades of incandescent lights combined to transform the newly constructed Temple Balmoral Marquee into a theatre of resplendence. Each of the performing acts, mounted the huge stage with full compliments of their bands to churn out ear-tingling melodies. 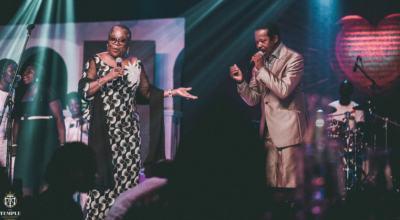 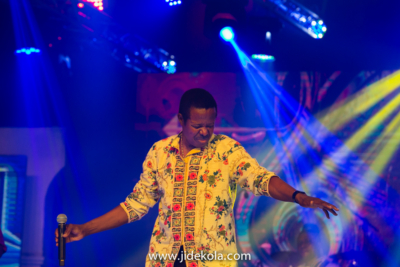 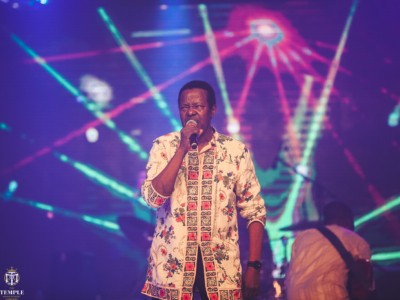 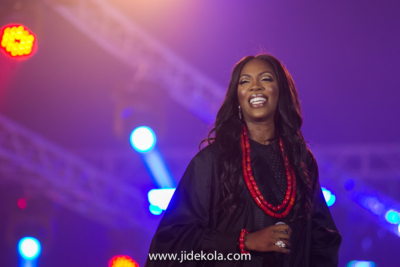 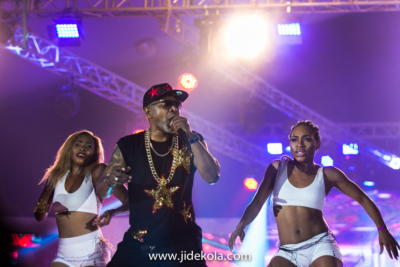 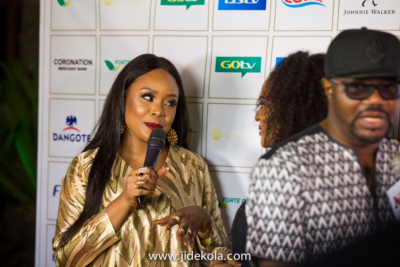 By the time, the event went full swing, the hall was packed full as the event flow was masterfully marshalled by comedian, Tee A and interspersed with generous doses of humour by the funny duo of Funke Akindele and Lolo Omotunde.

To whet the appetite of the audience, the event opened with performances by fast-rising acts including Tyson Noir, Jeff, Moyeen and Niniola. Darey, Iyanya and Omawumi, took the momentum several notches higher with medleys of their popular tunes including Pray For Me, Kukere and Bottom Belle Medley, respectively.

King Sunny Ade pulled a surprise on Onyeka Onwenu as he joined her on stage to melt hearts with a seamless rendition of Wait For Me. Onyeka did not leave the stage without serenading the well-heeled audience with tunes like Nyogogo and Ekwe.

The celebrant, King Sunny Ade nodded and danced along as his evergreen tunes were given a remake by Darey, Tiwa Savage and Sir Shina Peters (SPP). Showing no signs of let-up, SSP dressed like a hip hop star and bouncing with youthful energy took the audience down memory lane with his classics.

Congolese sensation, Awilo Longomba with his exotic dancers sent the audience into revelry with his monster hit songs such as Gate Le Coin, Coupe Bibamba and Karolina.

Although he is 70 and aging gracefully, King Sunny Ade did not miss the chance to dazzle the audience with his famous footwork. When challenged to a dance duel by the Congolese sensation, Papa Youth as he is fondly called responded with equal gusto and verve sending the audience into frenzy.

Bringing the gig to a climax, King Sunny Ade and his African Beats Band teased the audience with a medley of popular evergreen songs from his collection including Easy Motion Tourist, Merciful God and Aye N’reti among others. He then launched into praise chants of eminent personalities at the occasion. Toyosi Adegeye, the 13 year-old daughter of the veteran musician capped the evening with a medley of Yoruba gospel songs.

According to official statistics, the concert was beamed live on DsTV and GOTV to 278 million viewers within Nigeria and the rest of Africa. Confirming this, Terfa Tilley-Gyado, Director Communication, Temple Management Company added the concert was the most talked about with almost 12 million impressions on social media.

Speaking after the event, King Sunny Ade said, “I am impressed by the delivery and execution of the concert by Temple Management Company. They are pride of the entertainment, sports and arts industry. I dare they say that they are number one. I recall that when I was first approached by them, I made my enquiries and I was convinced by the feedback that I got. Now, I can say confidently that I did not make a wrong choice. I am also grateful to every organization and individual that supported one way or the other.”