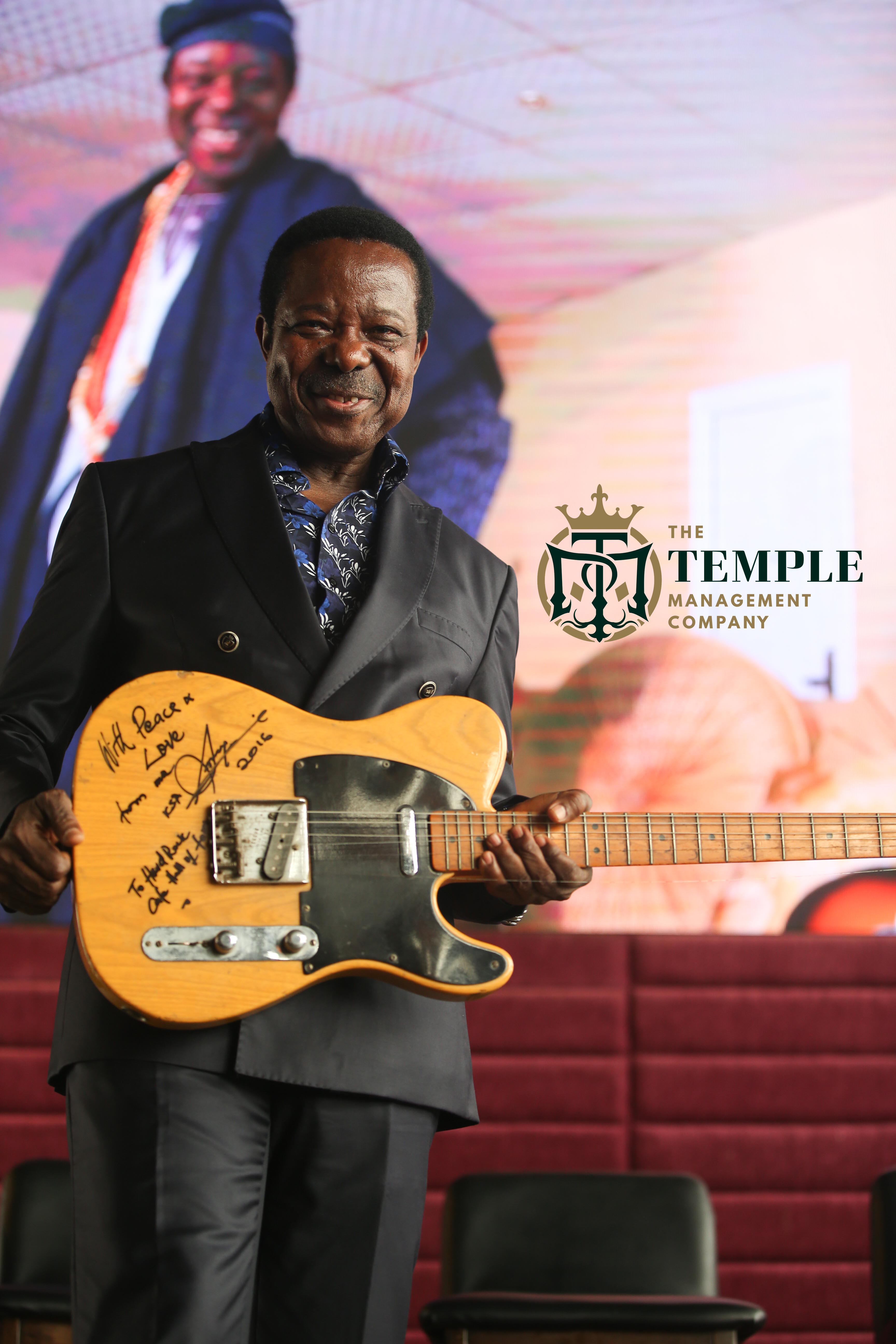 “I’m thrilled to be the first Nigerian musician to donate personal items to Hard Rock’s world-famous collection and to be showcased alongside other legendary artists,” said King Sunny Ade. “For me, this is more than just a ceremony; it’s an opportunity to pass on a cultural legacy and inspire new generations of musicians around the globe.”

“It’s a great honor to be able to pay homage to the rich and historic musical roots in Lagos with a memorabilia donation from King Sunny Ade,” said Sanjay Mathani, CEO of Hard Rock Cafe Lagos. “Hard Rock embraces all genres of music, and we are proud to support such a talented and influential artist.”

The first-of-its-kind donation was brokered by leading talent agency and event management company, Temple Management Company, who are also putting together the highly-publicized grand concert for King Sunny Ade tagged “Sunny On Sunday” scheduled for Sunday, December 11, 2016 at Federal palace Hotel in Lagos.

“Celebrating King Sunny Ade is something of a national assignment for us at Temple Management Company that must be carried out,” said Terfa Tilley-Gyado, Director of Communications, Temple Management.

“An induction into the Hard Rock’s famous memorabilia collection is just one of such responsibilities that will culminate at a grand concert that Nigerians have never witnessed come December 11,” he added.