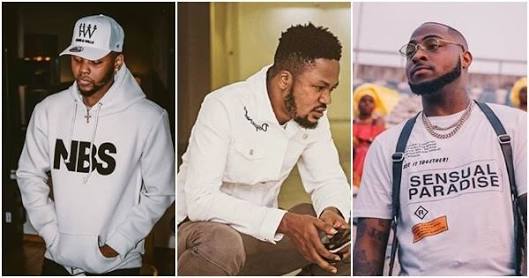 Kizz Daniel has sacked his manager; Tumi Lawrence, after being allegedly slapped by Davido.

Reports suggest the reason for the sack is as a result of Tumi; framing the whole slap story with Davido which has eventually caused a rift between both music artiste.

Although it has not truly been confirmed if the report that he was sacked as a result of the slap situation is true as no comprehensive news has yet been released.

However, Fly Boy Inc have released a statement of his sack and have therefore announced that a new management will be handling the affairs of Kizz Daniel.

“Kizz Daniel Fires Manager After Slap Controversy With Davido”, 5 out of 5 based on 1 ratings.

Nifemi is a graduate of the University of Lagos. He's a unique user of the pen when it comes to the expression of whatever. He is editor-in-chief of the organization and also a writer of news, articles, editorials and a lot more to help expand the level of knowledge of the readers and simultaneously have them entertained. A lover of music and football is who he is and a Man Utd die-hard.
Submit your comment
34 total comments on this postSubmit yours