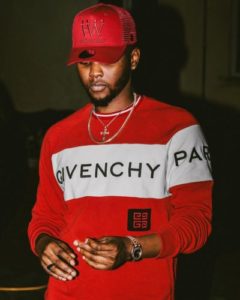 You would recall that we recently brought you news of the fracas between Kizz Daniel and Babcock students which was caused by the artiste turning up late for a performance in the school that in turn got the students upset. The students were furious with the artiste because the school management had already ended the show before his arrival which was reportedly seven hours after.

They then demanded a refund of the 3 million naira that was paid to the artiste, creating a barricade in front of his car in order to prevent him from leaving the school premises.

However, it now seems Kizz Daniel has succumbed to the protest of the students as a statement was released earlier today by Babcock University Students’ Association (BUSA) that the singer has now refunded the money paid to him. 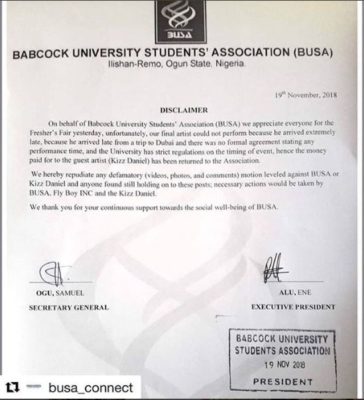 Let there be peace, and there is peace!