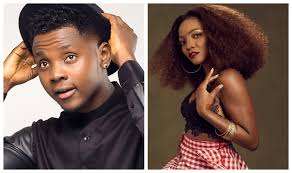 Just few hours after its release, Kizz Daniel’s “NBS” album has started getting positive reviews as a result of the mastery he created in the project.

In as much as we are enjoying the album too, but one thing has struck our minds, and that is the fact that Kizz Daniel decided to exterminate Simi from the album.

Simi who was featured by Kizz Daniel on track 18 of the album which was titled “BLYW” was eventually pushed off the album on its eventual release.

The reason for it though is yet unknown, but reports suggest it could be as a result of the addition of Davido (who was originally not on the album when the track list was first released) to the album.

We sincerely hope this won’t spark up a beef.