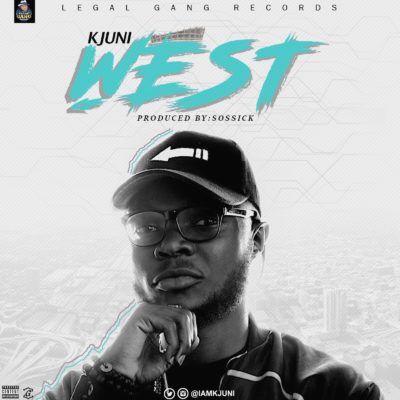 After a brief hiatus, rapper Kjuni returns to the scene with this song titled “West” produced by the legendary Sossick

Known for his unique style and delivery, Kjuni steps it up a notch with this song that tells a soulful story on its own.

At a point where there’s a dearth in the lyrical content in rap songs these days, West by Kjuni comes in to reassure the hip-hop world that the culture is very much alive.

Signed on to Legal Gang Records, the rapper is definitely one voice to watch out for as this song promises to warm the heart of music lovers everywhere.