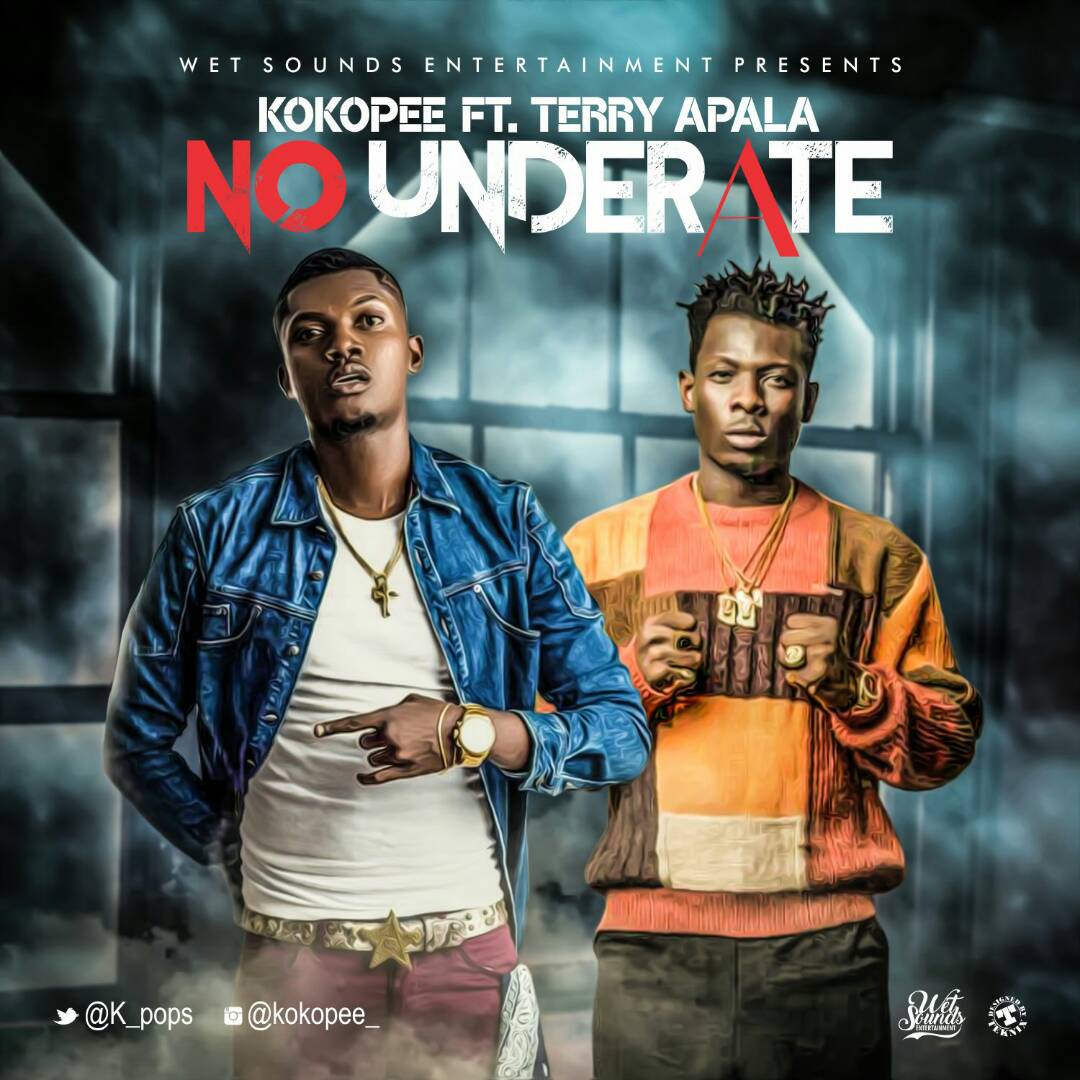 Koko Pee ‘Dlyrical Engr, returns with a ill single, after the massive success of his viral track “Calculate” which featured comedian Ushbebe.
The fast rising act teams with with the unique Terry Apala to deliver “No Underate”, a song which should not be underrated because it has all the features of a monster smash.

Lovers of good music would appreciate this release from Koko Pee. Waste no time and download or stream the Terry Apala aided “No Underate” and follow Koko Pee on socoial media via @kokopee.