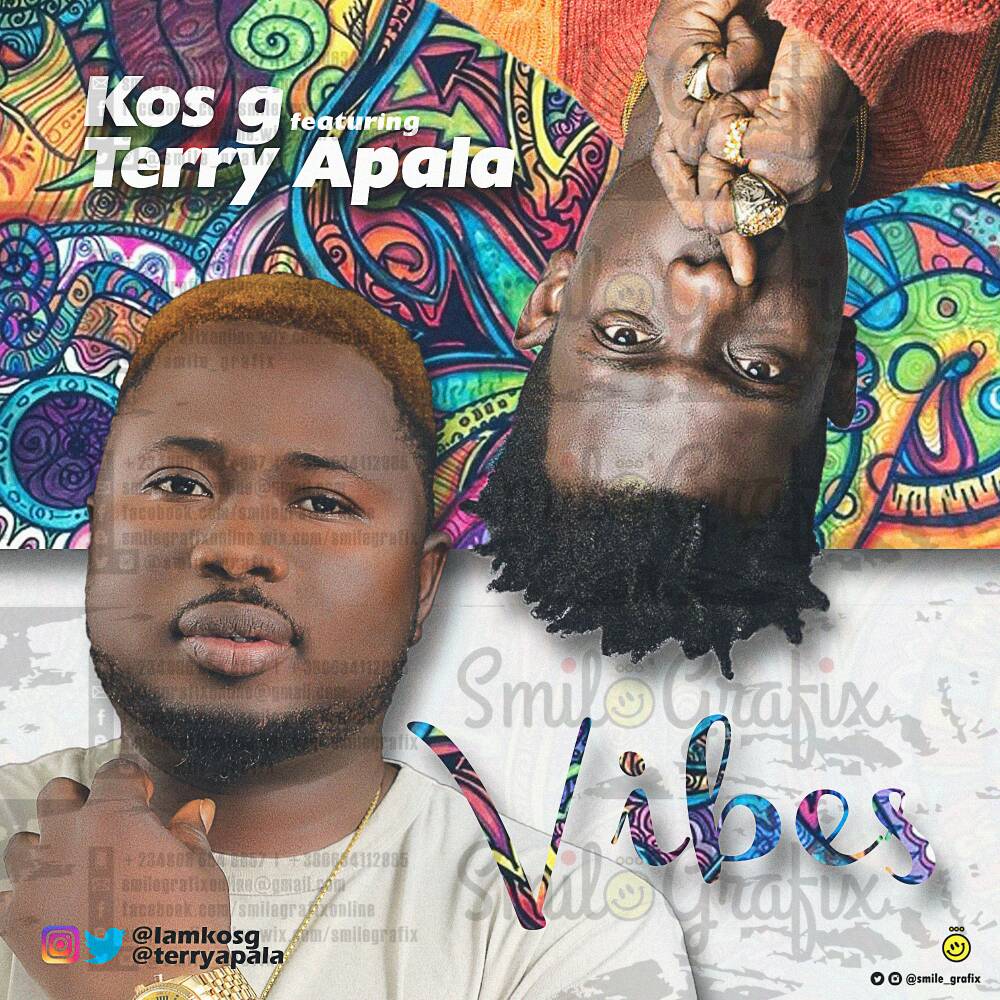 Olusegun Gabriel a.k.a Kos G,  is a recording and performing artist who has a lot of vibes to offer in the music industry,  locally and internationally.
The creative, energetic and talented song-writer, rapper and singer just released his new joint titled “Vibes”; with the king of new school Terry Apala, produced by Blaze.

No doubt this is a massive hit because it is unique, pleasant and appealing to the ears. Follow Kos G on social media via @iamkosg!